The Irish Aviation Authority has launched a stakeholder consultation regarding the 'Option to exempt certain light aircraft below 600kg MOTM from EU Regulations'.

Aircraft referred to in Annex I of the EU Basic Regulation are regulated by the Irish Aviation Authority through national legislation. The Authority recognises that the current MTOM listed in Annex I of Regulation (EU) 2018/1139 may restrict factory-built light aeroplanes and serve to limit payload, fuel carriage, aircraft range and/or aircraft occupancy.

It is recognised that some factory-built aircraft may be capable of operating up to 600kg MTOM or to a lesser MTOM.

The Authority is considering exercising an exemption contained in Article 2(8) of Regulation (EU) 2018/1139 to extend its national legislation to certain light aircraft. Aircraft capable of operating to a MTOM higher than the MTOM limitations in Annex 1(e) and compliant with certain conditions specified by the IAA may be issued with a Flight Permit indicating a MTOM to a maximum of 600kg.

Through this document the IAA wishes to receive the views on the planned exemption of parties who operate or are otherwise associated with these aircraft.”

The IAA wishes to receive your views on the option of exercising the exemption, please fill out the online questionnaire available here: https://forms.office.com/r/WYbvcrJ0tt

*Deadline for submission of comments - 24 November 2021 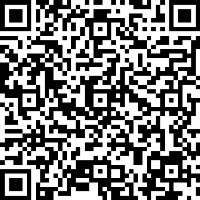