9th October 2015: Traffic in Irish airspace increased by a robust 5.4% in Q3 2015, when compared to the same period in 2014. During Q3, there was an average of 1767 flights per day in Irish airspace, including almost 750 flights at the State airports of Dublin, Cork and Shannon. 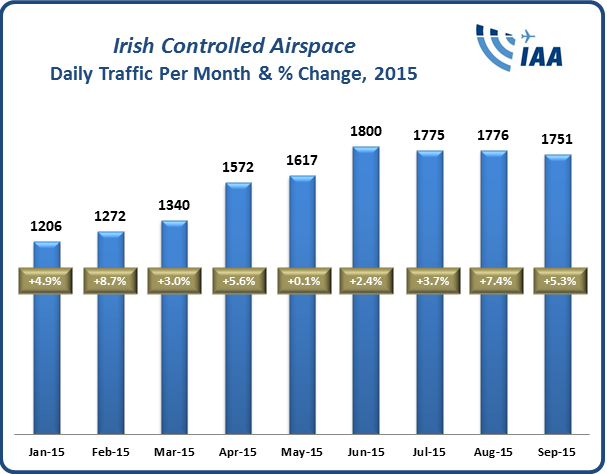 There were 30,001 en route traffic movements and 40,397 North Atlantic Communications flights during the month.

In relation to international arrivals and departures, the commercial terminal traffic for Shannon, Dublin and Cork airports was up by 3.9% in September 2015, when compared to September 2014. Individually, the September 2015 figures for the three State airports are: