With the advent of European Regulation for En Route Services and ongoing Terminal Cost regulation, the IAA has performed very well in a European Context. This report presents factual data and analysis on cost-effectiveness and productivity for 37 Air Navigation Service Providers (ANSPs) in Europe. The analysis focuses primarily on costs that are under ANSPs' direct control and responsibility, namely ATM/CNS provision costs.

User charges for en route services are established in accordance with an international agreement under the EUROCONTROL convention. The billing system is managed by the EUROCONTROL Central Route Charges Office (CRCO). The current IAA en route unit rate for 2016 is €29.67 (national unit rate). 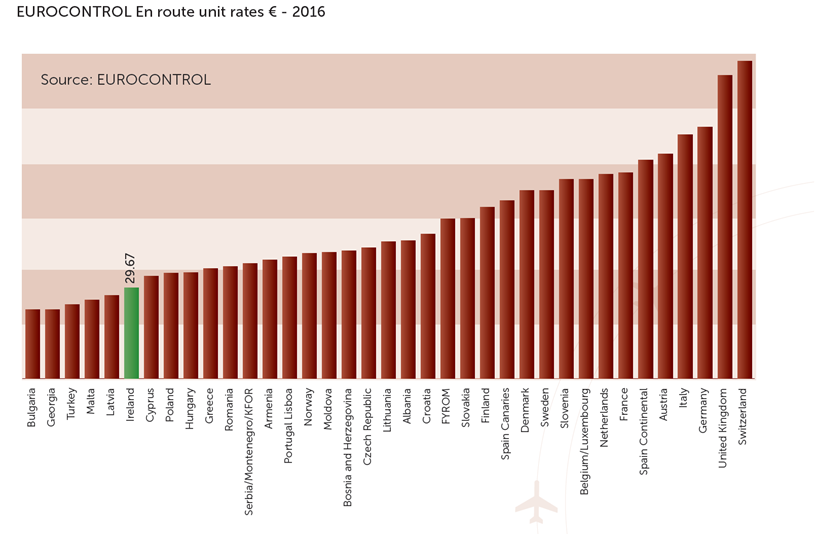 The IAA’s overall cost efficiency remains strong with a cost per composite (total) flight hour of €323 against a European average of €429.