Turnover represents the amounts received, and receivable, in respect of services provided to customers, together with fees received in respect of statutory regulatory functions performed in discharge of safety regulation requirements. 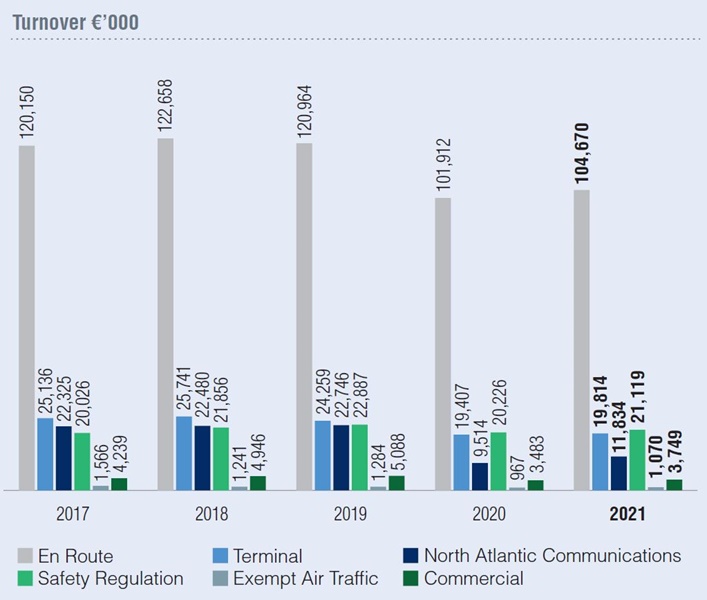 The following graph shows the profit and total assets for the company in the last five years:

The Authority continues to deliver on its commitment to remain cost-effective. Once again, en route charges are amongst the best value for money in the EUROCONTROL-charging states. 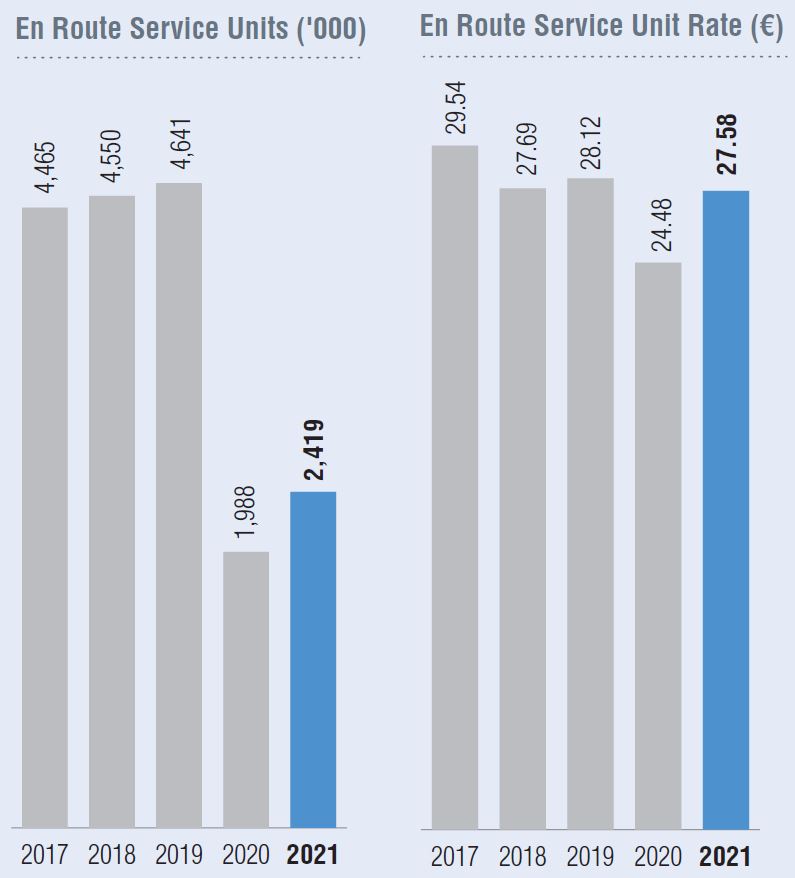 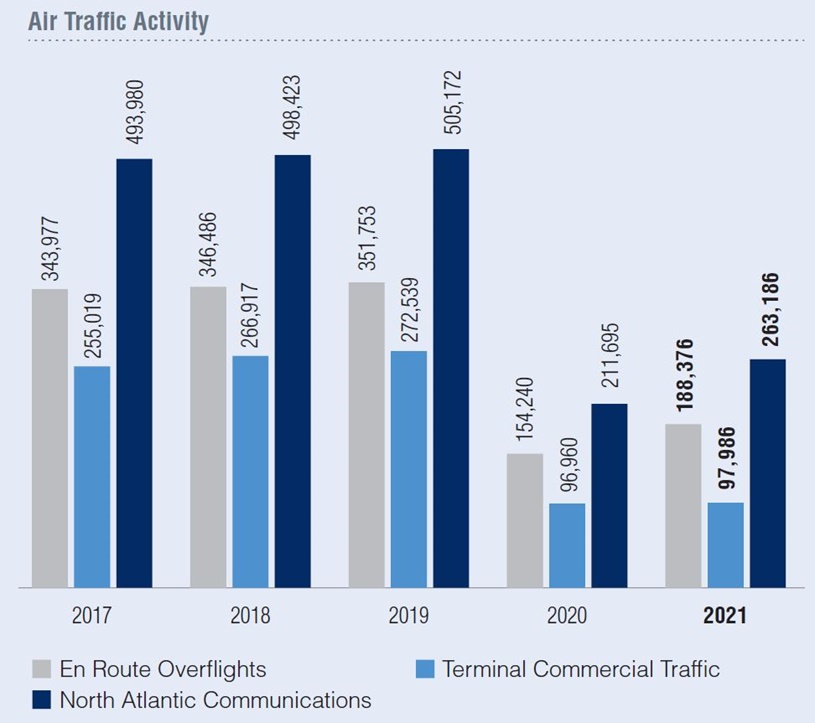 This graph shows the number of small and large aircraft on the Irish register for the years 2017-2021.

The Personnel Licensing Office of the IAA is responsible for the licensing of flight crew (commercial, airline, student and private pilots). The graph shows the number of valid licences from 2017-2021. 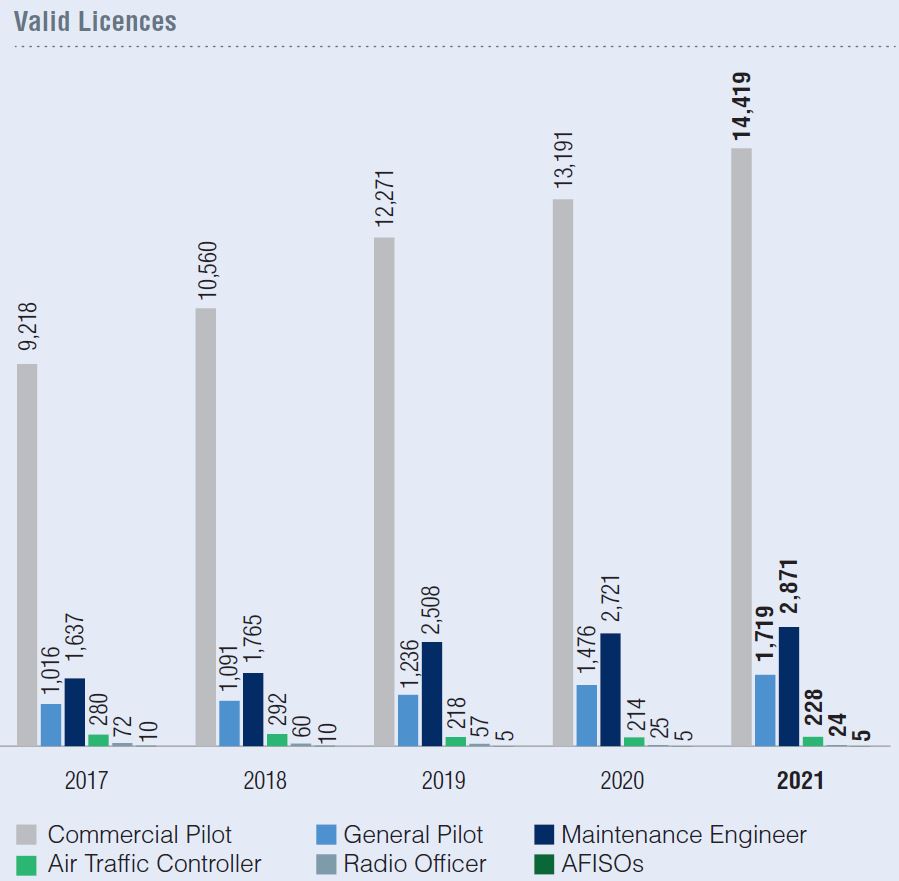